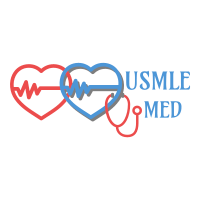 You are seeing a 45-year-old obese diabetic woman who reports bilateral lower
extremity peripheral edema. In addition to diabetes, she has arthritis,

1: Hypertension, and depression. Which of the following medications is the likely cause of her edema?
a. Fluoxetine
b. Metformin
c. Naproxen
d. Lisinopril
e. Hydrochlorothiazide

2: On a routine urinalysis, a 30-year-old man was found to have hematuria. His urinalysis
is negative for casts and protein, but is positive for moderate blood. His urine culture is negative. IV pyelogram and serum creatinine are both normal and you send
urine cytology just to be safe. It is also normal. Which of the following is
most appropriate in this case?
a. Reassurance and periodic monitoring
b. Renal ultrasound
c. Cystoscopy
d. ASO titer
e. Renal biopsy

3: A 44-year-old mother of two reports leakage of a small amount of urine with sneezing.
Recently, it began to occur with exercise. She denies recent life stressors. Which of the following best describes the type of incontinence she is experiencing?
a. Functional incontinence
b. Senile incontinence
c. Urge incontinence
d. Stress incontinence
e. Overflow incontinence

4: A 55-year-old man comes to your office after not being seen by a physician in more
than 10 years. He is found to be hypertensive, and his creatinine is found to be 2.3 mg/dL (H). Which medication is most likely to control his blood pressure and
decrease the likelihood of progression of his renal disease?
a. A thiazide diuretic
b. An ACE inhibitor
c. A calcium channel blocker
d. A β-blocker
e. An aldosterone antagonist

5: A patient whos hospitalized after a major operation , he developed a small pulmonary
embolism that was confirmed by pulmonary CT , what is the best drug to give :
a- Heparin
b– Warfarin
c- Streptokinase
d– Aspirin

6: A boy who is 11 years old doing well , no complain , participates well in activities
, he has an older brother who died suddenly , which disease the doctor should
predict among these diseases in the future :
a-PDA
b –ASD
c -Hypertrophic cardiomyopathy
d –VSA

7: A Leukemic patient who is on chemotherapy has nausea and vomiting the best
drug to give is.
a –Ondoseteron
b -Granisetron
c-Metoclopramide
d-domperidone

9: 18 old pt wake up with sever rt pleural pain and mild dyspnea on exertion...vitals are
stable, no significant pasr medical Hx (X-ray is attached to the Question showing slight decrease in pulmonary markers of left lower side of Rt lung)
Your action is:
a- Explain to the pt that this is due to viral pleurisy
b- Refer the pt for urgent ventilation perfusion scan
c-order urgent ABGs
d-need oxygen supplementation

10: An old pt came to your clinic to complain for a macule on his back ...o/e....irregular
borders ,asymmetric ,more than .7mm,brown-black colour..what the diagnoses
a-squamous cell ca
b-basal cell ca
c-melanoma
d-sebaceous cyst

USMLE MED
Contact us: admin@usmlemed.com
© All Rights Reserved
We use cookies on our website to give you the most relevant experience by remembering your preferences and repeat visits. By clicking “Accept All”, you consent to the use of ALL the cookies. However, you may visit "Cookie Settings" to provide a controlled consent.
Cookie SettingsAccept All
Manage consent

This website uses cookies to improve your experience while you navigate through the website. Out of these, the cookies that are categorized as necessary are stored on your browser as they are essential for the working of basic functionalities of the website. We also use third-party cookies that help us analyze and understand how you use this website. These cookies will be stored in your browser only with your consent. You also have the option to opt-out of these cookies. But opting out of some of these cookies may affect your browsing experience.
Necessary Always Enabled
Necessary cookies are absolutely essential for the website to function properly. These cookies ensure basic functionalities and security features of the website, anonymously.
Functional
Functional cookies help to perform certain functionalities like sharing the content of the website on social media platforms, collect feedbacks, and other third-party features.
Performance
Performance cookies are used to understand and analyze the key performance indexes of the website which helps in delivering a better user experience for the visitors.
Analytics
Analytical cookies are used to understand how visitors interact with the website. These cookies help provide information on metrics the number of visitors, bounce rate, traffic source, etc.
Advertisement
Advertisement cookies are used to provide visitors with relevant ads and marketing campaigns. These cookies track visitors across websites and collect information to provide customized ads.
Others
Other uncategorized cookies are those that are being analyzed and have not been classified into a category as yet.
SAVE & ACCEPT
error:
MORE STORIES